The Awards Ceremony celebrates the highest achievements and excellence in the professions. 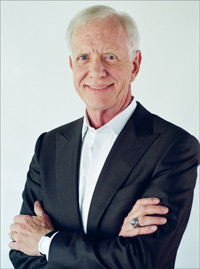 From now until December 19, 2021, ASHA members can watch the full 2021 Awards Ceremony video via the new ASHA Stream platform. To access the video, enter your ASHA account number/ASHA ID. Don’t have your account number/ID handy? Log into your ASHA Account to view your number/ID, or contact the Action Center at actioncenter@asha.org or 301-889-9836.

The Awards Ceremony celebrates high achievements and excellence in the professions. Awards presented this evening include the Honors of the Association—ASHA's most prestigious award, which recognizes lifetime achievement—and ASHA Fellows, whose recipients' contributions are the cornerstones of the communication sciences and disorders (CSD) professions. ASHA will present additional awards to honor other members who have also contributed to the professions and to ASHA. In addition to the 2021 ASHA awardees, the 2020 awardees will also receive special recognition from 2020 ASHA President Theresa H. Rodgers. See the Awards Ceremony booklet [PDF, 7.1MB] with the 2020 and 2021 awardees.

The Annie Glenn Award is also given each year at the Awards Ceremony. Annie Glenn, wife of Senator John Glenn, is known nationwide for her advocacy for those with communication disorders. "The Annie" recognizes an individual who demonstrates Mrs. Glenn's spirit by making a positive impact on those with communication disorders. This beloved award is a perpetual highlight of the ASHA Convention.

We are pleased to present the 2021 Annie Glenn Award to Chesley B. (Sully) Sullenberger III, who is best known for the January 2009 “Miracle on the Hudson” event. Captain Sullenberger became an international hero when he and his crew safely guided US Airways Flight 1549 to an emergency water landing in New York City’s frigid Hudson River. The Airbus A320’s two engines had lost thrust after multiple bird strikes. Sullenberger and his crew received international acclaim for their actions that day, including the passage of a Congressional resolution recognizing their bravery. Sullenberger was ranked second in TIME’s “Top 100 Most Influential Heroes and Icons of 2009” and was awarded the French Legion of Honour. Tom Hanks, Laura Linney, and Aaron Eckhart starred in the Clint Eastwood–directed drama Sully, a biopic of Sully’s life, released in September 2016.

Last year, Captain Sullenberger garnered widespread praise for his New York Times opinion piece published on January 18, 2020, in which he responded to negative comments about President Joe Biden’s stutter. In the article, he reveals that he, too, once stuttered and denounces those who mock or bully people who stutter. Captain Sullenberger—whose remarkable 4-decade career spanned the Air Force Academy and serving as a fighter pilot in the United States Air Force before becoming a commercial airline pilot—urges those who stutter not to let a speech disorder get in the way of achieving greatness. His courage to speak out and advocate for people who stutter perfectly exemplifies the spirit of the Annie Glenn Award, and his strong message of support will resonate with ASHA members.

Join us on Friday evening as we honor the achievements of colleagues in the professions and award "the Annie" to our very special guest, Captain Sullenberger. Come to the Awards Ceremony, and be uplifted!

Advertising Disclaimer | Advertise with us